Testing is one of the most important aspects of footbike’s designing and production. We test our footbikes in the engineering testing institute in Jablonec and they conform to all legislative requirements. Unfortunately, the up-to-date standards are not in accordance with the current market situation. This standard aims especially at the footbikes with in-line wheels. Therefore we prepared our own intern method to test footbikes and their components. This intern standard is stricter than the required one but it also concentrates more on the real-use conditions. Testing is done in both indoor and outdoor environment.

But let’s describe how the footbike designing and testing actually works - we are going to introduce you the whole process in the following basic demonstration: 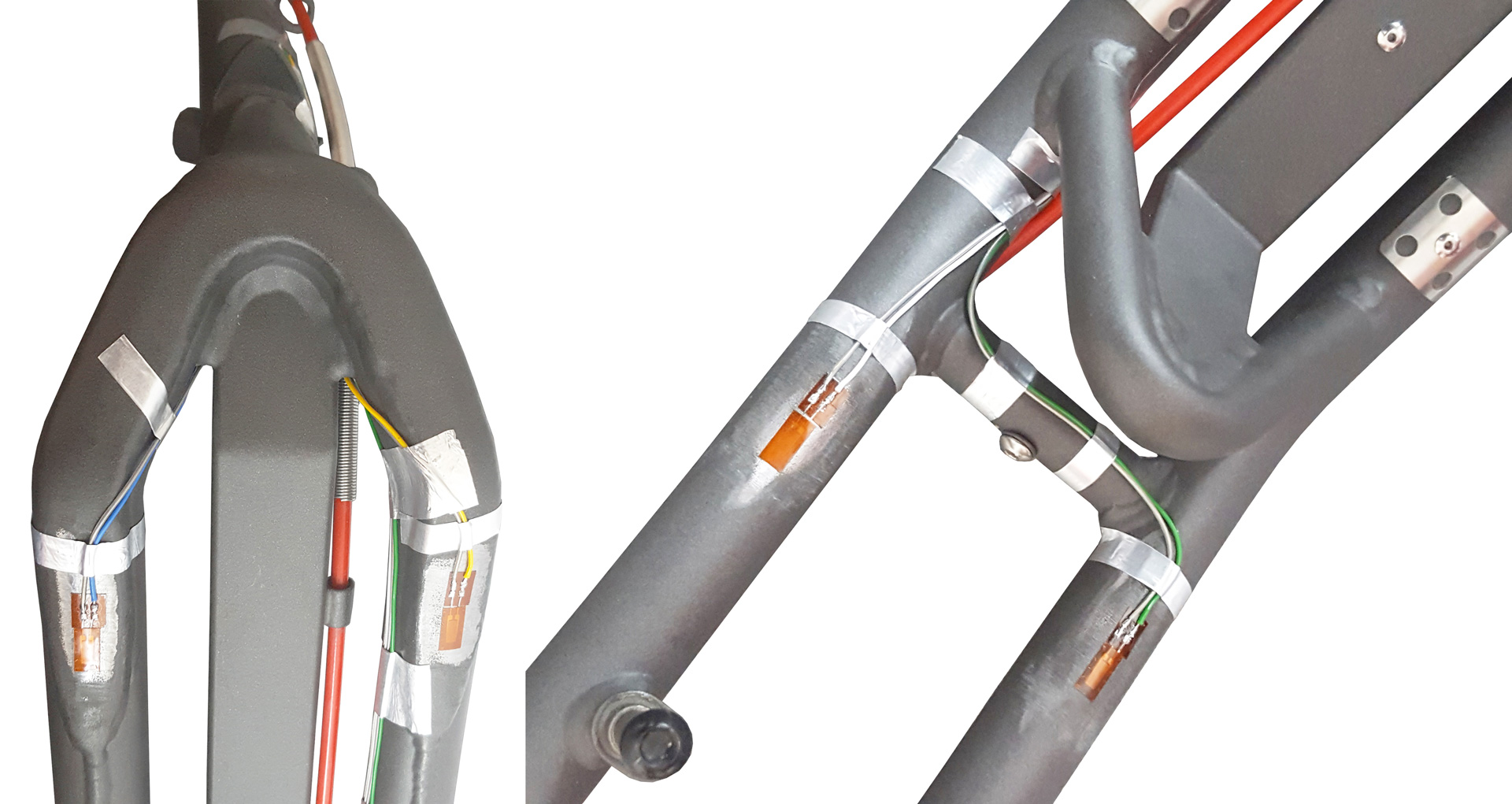 Tensometer placing on the footbike frame. 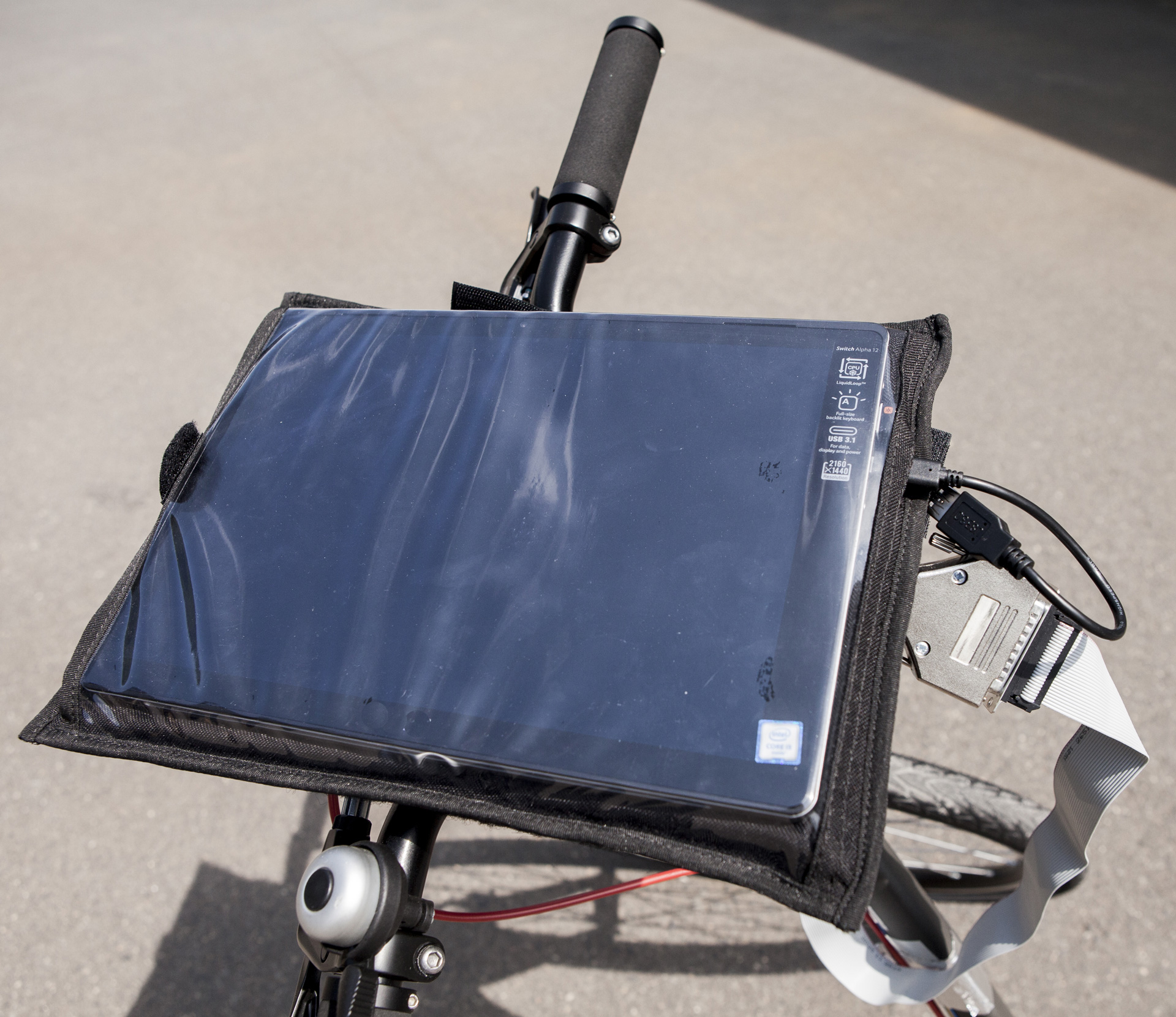 The data are collected in the computer attached to the handlebars.

The established peripheral conditions (a strain the footbike is required to handle) collected during the analysis are used for designing the footbike. We project a model and verify the data with help of the theoretical computations. If everything is okay, we can begin to construct the prototype. The last step is testing on testing places and in real-world environment. All collected testing data are employed to the final product.

The most important step is the material fatigue behaviour testing. According to the static load, we are unable to determine if the footbike is dimensioned enough. That’s because during the ride various forces affect the footbike, which is different from the static load. Therefore, we concentrate on testing of the fatigue rupture caused by variable dynamical forces.

The testing state of the complete footbike is very important since it makes the testing process shorter. Carl II (the name of our newest station for the complete footbike) can ride almost 40,000 km within two months - that’s quite enough for testing rider. Carl says he doesn’t use stimulants at all but we aren’t too sure about that. Carl’s ride shows perfectly how the material fatigue actually works.

And where are you going, Carl? Since Carl is an exemplary and good guy, he rides as we tell him. Carl is equipped with recorded data from previous observation and “he” affects footbike with equal strain as if he rode it. He repeats the set up riding cycle and rides thousands of kilometres in short period of time. We can simulate the real strain and test the footbike behaviour under long-term strain. It allows us to make high-quality footbikes available on the market. This method applies for testing of randomly chosen pieces from the production series as well. 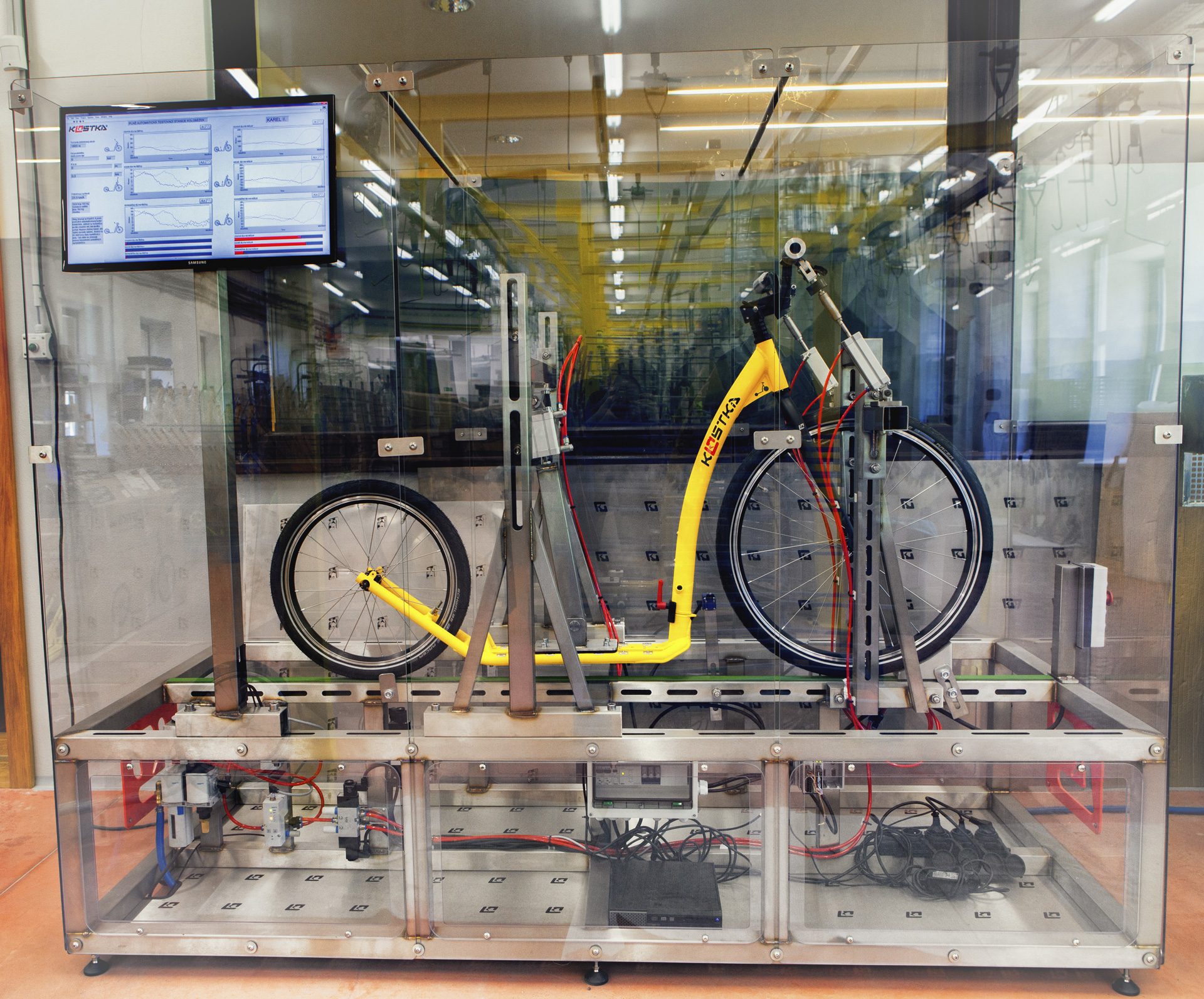 Our e-mails are full of news, events, experiences and adventures. Subscribe to our newsletter and you wont miss anything!